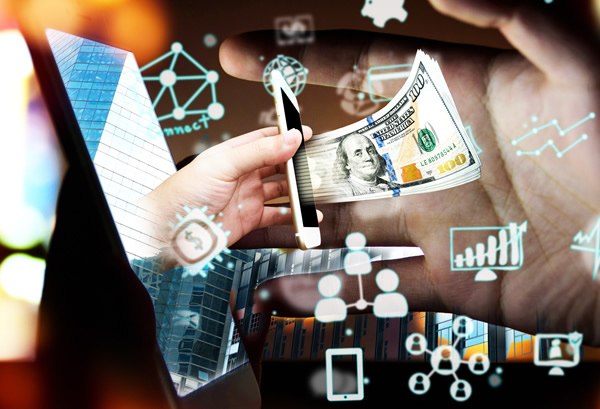 The old school world of finance, where everyone who wanted a loan went to see the bank manager, is being turned on its head. This strategy hasn’t completely had its day – an estimated 91% of SMEs in the UK still look to the five largest banks for funding support – but the traditional ways of raising cash certainly now have genuine competition.

The advent of alternative finance, such as peer-to-peer (P2P), crowd funding, asset backed lending and other innovative options, has changed the fund-raising landscape – arguably forever.

Online alternative business finance has become an increasingly important channel of financing for entrepreneurs, start-ups and SMEs, promoting economic growth, creating jobs and fostering innovation. It’s a potential win-win situation for everyone. Those providing funding stand to make a significantly better return on investment than leaving the money in a savings account and borrowers benefit from far more generous and flexible terms than anything being offered by traditional banking.

Indeed, with the banks rejecting more than one million start-ups in 2015, for many would-be entrepreneurs struggling to secure capital to launch a business venture, P2P and crowd funding have proved to be an absolute lifeline.

Unsurprisingly, the sector is booming. According to the 2015 Pushing Boundaries Report, published by the Cambridge Centre for Alternative Finance at the University of Cambridge and UK innovation foundation Nesta, in 2014 around 1.09 million people invested, donated or lent via online alternative finance platforms in the UK. At the same time, over 250,000 fundraisers raised funds through online alternative finance channels.

Figures released for 2015 show that the online alternative finance industry reached a walloping £3.2bn in investments, loans and donations – an 84% increase on the previous year. Whilst that’s actually half the figure for growth between 2013 and 2014, it still represents an impressive rate of increase, indicating more than a passing fad.

To cater for demand, a growing number of P2P consumer platforms are now offering substantial volumes of business lending to both sole traders and SMEs. Similarly, P2P business lenders are facilitating increasing volumes of real estate finance – particularly to property developers. Indeed, the breakthrough of online alternative real estate financing is also evident within equity-based crowdfunding, with a significant number of platforms now offering retail investors the opportunity to buy shares or securities in a property.

The 2015 Pushing Boundaries Report, revealed that approximately 20,000 SMEs raised £1.82 billion in business loans through a combination of P2P, invoice trading and debt-based securities.

The Report estimated that P2P lending (excluding real estate lending) supplied the equivalent of 13.9% of new bank loans to small businesses in the UK during 2015.

P2P business was the largest model by volume of the UK online alternative finance market, with nearly £1.49 billion lent to SMEs in the UK.

Of this, the single largest sector to attract P2P lending was real estate. In 2015, P2P accounted for £609 million of real estate loans – 41% of the total volume of P2P loans – which was used to finance over 600 commercial and residential developments, mostly by small to medium-sized property developers.

The importance of all these funding methods has been acknowledged by the UK Parliamentary Commission on Banking Standards which stated that: “Peer-to-Peer and Crowd-funding platforms have the potential to improve the UK retail banking market as both a source of competition to mainstream banks, as well as an alternative to them. The emergence of such firms could increase competition and choice for lenders, borrowers, consumers and investors.”

Lending platforms were originally regulated by the Office of Fair Trading (OFT); however, since 1 April 2014 they have been regulated by the FCA. The Regulator shares the UK Government’s desire to make these alternative forms of finance more secure and accessible. Christopher Woolard, the FCA’s Director of Policy, Risk and Research recently stated: “Consumers need to be clear on what they are getting into and what the risks of crowdfunding are. Our rules provide this clarity and extra protection for consumers, balanced by a desire to ensure firms and individuals continue to have access to this innovative source of funding.”

One of the hallmark market developments for alternative finance in the UK has been the increasing international expansion in the last few years.

The influx of institutional funding from traditional financial institutions (funds, family offices, governmental and non-governmental organisations), coupled with the increasing involvement of high net worth investors, is also blurring and pushing the boundaries of ‘orthodox’ peer-to-peer/crowdfunding models.

The Pushing Boundaries Report said that since 2014, we’ve started witnessing some of the leading peer-to-peer lending and equity-based crowdfunding platforms pushing geographical boundaries and expanding operations throughout Europe, as far as the USA and Australia.

Whether through organic expansion or by merger & acquisition, there are clear signs that alternative finance platforms are increasingly looking beyond the UK to grow their business, the Report noted.

The future for alternative finance arrangements

As more and more businesses realise the benefits of alternative finance, the sector will inevitably be forced to deal with the challenges associated with rapidly rising demand.

For example, some critics fear that, as platforms come under pressure to manage the sheer weight of cash that’s floating around, they may allow standards to slip.

Pushing Boundaries revealed that 57% of respondents in their Report cited the potential collapse of one or more of the well-known industry players, due to fraud or malpractice, as the biggest risk to the future growth of the market. Nevertheless, more than 90% were satisfied with the current level of regulation.

Also, as investors look to see returns on their investments, expectations will need to be managed to ensure they understand that parts of this industry represent a risky bet.

Stian Westlake, Nesta’s executive director of policy & research said: “As the sector grows and matures it is sure to face challenges – investors will be keen to see returns, and another financial crisis would certainly test the robustness of P2P lending.

“But, as our continuing research into the industry has found, the ability of platforms to harness the power of the crowd to connect savers, borrowers and businesses has been powerful. We look forward to seeing how the sector advances and changes again in the years ahead.”

If you require any assistance or advice in respect of development finance or other alternative financing arrangements, contact Sterling on 01624 611146.