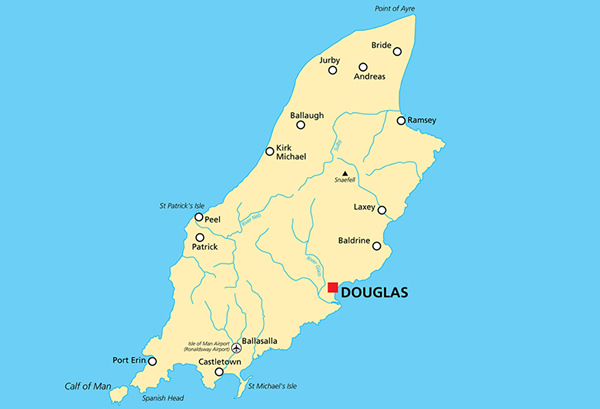 The subject of beneficial ownership is a hot topic at the current time in the Isle of Man and one that’s caused a fair amount of head scratching.

Regardless of the rights and wrongs of whether information about who owns what should be available to all and sundry, it is a consequence of the climate in which we live. The move towards ever greater international transparency and cooperation on tax and financial reporting has made this inevitable. The authorities are collectively calling time on those conducting dubious practices.

As far as the Isle of Man is concerned, as with many other reputable financial centres, the era of transparency has been embraced – within reason! But there is a limit. After all, no self-respecting jurisdiction likes being told what to do.

As a UK Crown Dependency, the Isle of Man has its own independent Government which has prevailed for a thousand years (a world record, incidentally). At the same time, the Island is under the watchful gaze of the UK, and the Queen is Head of State.

In addition to being geographically next door to each other – the Isle of Man is just an hour’s flight away from London – the two lands are inextricably linked in many ways e.g. through language, currency and legal system. Indeed, the Island’s laws are enshrined in English law.

The story so far

The Beneficial Ownership Register is there to show those who hold more than a 25% ownership of an Isle of Man entity, whereupon they are deemed to be a “registrable beneficial owner.” Amongst other information stored, the database contains the name, nationality and home address of any such individual. The objective is for international agencies to easily see who the real beneficial owners are of any particular legal structure.

It is encumbent upon each entity to appoint a nominated officer, or corporate service provider in the Island, to comply with the owners’ obligations under the Act. The officer has responsibility for maintaining and reporting the relevant beneficial owner information, which has to be updated annually. Failure to do so is a criminal offence. The Isle of Man Financial Services Authority is responsible for ensuring the Act is complied with.

Although the onus rests with the nominated officer, it is the legal owner or shareholder who is ultimately responsible for revealing the Beneficial Owners of the legal entity. In practice, this will mean that the Nominated Officer has to write to the legal owner requesting the relevant information, which must be provided within one month. It is an offence for the legal owner not to provide the required information. In exceptional cases, this can result in prison sentences of up to two years for the owner.

It’s fair to say that the idea of the Island needing to have such a database in place hasn’t been universally welcomed within the Isle of Man, which has fiercely protected its right to retain client confidentiality and discretion. As a compromise (for want of a better term), the Register is only accessible to a limited number of bodies within the Isle of Man itself. These include The Financial Intelligence Unit, The Attorney General, The Assessor of Income Tax, The Chief Constable, The Collector of Customs and Excise, The Financial Services Authority and The Gambling Supervision Commission.

In the spirit of information sharing, the Register will also be made available to UK Government agencies as appropriate, although exactly which agencies these will be has not yet been divulged. Crucially, however, the Isle of Man (along with the other Crown Dependencies) has managed to thwart efforts by the UK to make the Register available to the wider public. The UK’s own Register is publicly available, incidentally.

Business as usual, as far as the Isle of Man is concerned

It is worth noting that the Isle of Man hasn’t implemented this Act in isolation. Plenty of other reputable financial centres have done the same – Jersey, Guernsey, and Gibraltar among them – so nothing the Isle of Man has done is out of step with the wider world.

As such, the vast majority of individuals who operate perfectly legitimate businesses and who have, in many cases, used the Isle of Man as a jurisdiction of choice for decades, have nothing to be concerned about, or should have any reason to move their business arrangements elsewhere.

Indeed, thanks to its British roots, the Isle of Man appears to be in a much more advantageous position than certain territories within the EU. Malta and Luxembourg, for example, are subject to Fourth and Fifth AML Directives which, once implemented, will require their beneficial ownership registers to be made fully public.

Meanwhile, as the clamour for greater transparency grows, the next step forward in the UK is the requirement for the ultimate owners of all UK property to be registered. Where will it all end!

If you would like further information about the Isle of Man Beneficial Ownership Act go to https://www.gov.im/categories/business-and-industries/companies-registry/beneficial-ownership/ or alternatively we at Sterling would be happy to field your calls on the subject. Please feel free to speak to us on +44 1624 611146.