Don’t be Frightened to Take Advice – Especially About Tax

Home Don’t be Frightened to Take Advice – Especially About Tax 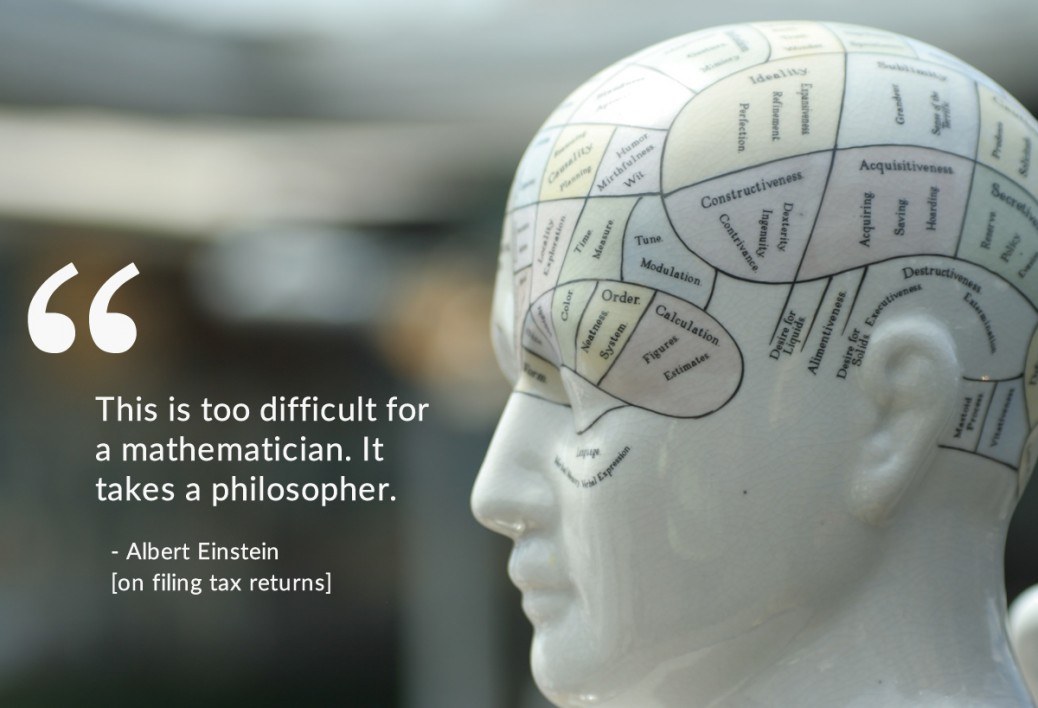 This is too difficult for a mathematician. It takes a philosopher.

It would have been applicable in Wilde’s time, but even more relevant today.

Matters concerning one’s relationship with the Revenue should never be taken for granted. Indeed, playing fast and loose over tax is likely to stir up a whole heap of trouble in terms of fines and penalties and, in extreme cases, even lead to a loss of liberty.

The notorious gangster, Al Capone, ran a ruthless bootlegging business during Prohibition. A cat and mouse game ensued with the authorities, as he attempted to stay one step ahead of the law. Despite all the racketeering, it was the fact that he concealed his earnings from the IRS which proved his undoing. Although having been captured and put on trial for handgun charges, it was the IRS’s successful prosecution for tax evasion that sent Capone to jail for 11 years.

Even the disgraced former US President Richard Nixon, who famously met his Waterloo at Watergate, had the foresight to utter the sentence: “Make sure you pay your taxes; otherwise you can get in a lot of trouble.” Just think how much worse things could have been for him, if he hadn’t heeded those wise words!

It’s even been known for internet scammers looking to fleece unsuspecting people, that when finally caught, they actually went to prison for evading tax, rather than for the scam they were perpetrating!
Taking the ostrich approach to tax advice is never a good move. In reality, ducking and diving is a false economy – because the true cost of spurning advice can actually end up being far greater than any fees incurred for taking advice in the first place!

At Sterling, we see this happening more frequently than you might realise. It is quite common to be contacted by an intermediary, or directly by the individual affected, where a tax situation has become so dire, they’ve been forced to take action.

We’ve come across a cross-border situation recently where a UK national living overseas had paid what he thought was all the necessary tax in one jurisdiction, only to move to a neighbouring country, without first checking the tax implications of doing so. He suddenly found himself facing a colossal tax bill – which could have been significantly reduced or completely offset had he taken the correct advice at the outset. The result is that he is now considerably worse off than he should have been. The irony being that the cost of the advice was a fraction of the overall size of the tax liability he unnecessarily incurred.

That’s never a good position to find yourself in – and a harsh lesson to learn. Certainly, in our experience it makes people think twice before they err again. Not surprisingly, from that point onward, the vast majority of people tend to be much more diligent about their tax affairs. Once bitten, twice shy!

In Oscar Wilde’s time, of course, we didn’t inhabit the global village in which we live today. In this fast paced, technologically driven 21st century, it’s extremely difficult to stay under the radar. Failure to declare one’s taxes may have paid off in the past, but in these days of heightened international regulation – take the Common Reporting Standard as a shining example – we are witnessing unprecedented cooperation between tax authorities. The net is closing in on tax dodgers. The message has to be – if you’ve got away with up until now, the likelihood is that the tax man will cometh sooner than you might think.

The Cost of Tax Advice Needn’t be Exorbitant

There is a misconception that you have to pay through the nose for a tax specialist – so it’s better not to seek one out at all.
And yet for as little as a few thousand pounds sterling – the cost of a cheap second hand car or a family holiday – you could be party to some gilt edged advice, which could quite possibly save you a significant tax bill or, with the help of some judicious structuring and forward planning, offset any liability whatsoever. In which case, would you consider that to be a price worth paying – and money well spent?
At Sterling, we have a team of in-house accountants and close access to top tax advisors, hugely experienced in the realm of offshore finances, ready to act and to minimise the tax burdens of high net worth clients worldwide. Because we provide tax expertise personally – and not third-hand – we are best placed to ask the pertinent questions, to ensure that any advice we provide is fully understood and agreed to – and, most importantly, followed through and correctly implemented. To give you complete peace of mind.
And it doesn’t stop at tax. If you’ve been reluctant to seek advice over tax, how many other areas of your financial affairs have been left to chance? What about succession or estate planning and trust structuring? There could be a wealth of opportunities (literally) going begging which might enhance and protect your investments and family inheritance.
All of which can be remedied with some no-nonsense, level-headed and cost effective consultation.

So, our advice is to take advice. Don’t leave things to chance. Too often, we are left to pick up the pieces for those who’ve come to regret their recalcitrance in facing up to the taxman. Seeking out and paying a fair price for sensible advice in the first place is the best way to ensure the correct amount of tax is paid, which could actually turn out to be minimal or even avoidable. Surely, either option has to be a better scenario than enforcement notices and penalties!

It will also help keep your blood pressure under control. Oscar – where’s that play?