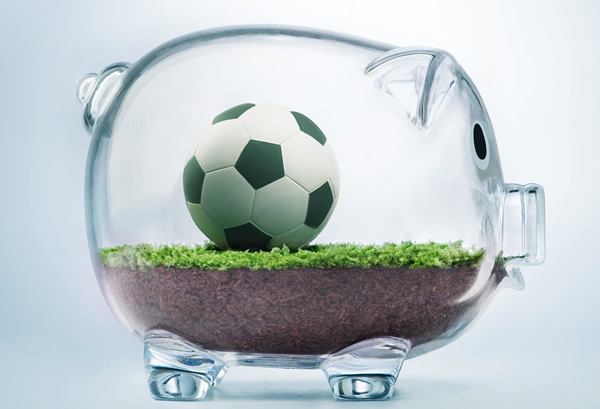 High profile tax avoidance schemes are under the spotlight again after it emerged that the Queen’s Bank, Coutts, is being sued by the former Manchester United and England footballer Andy Cole, over money he allegedly lost in film investments.

Cole, who helped United win five Premier League titles and the Champions League whilst he played at Old Trafford, is said to have deposited around £8 million in film investment schemes.

He is thought to be one of 17 footballers suing the private bank and other companies on the grounds of suffering ‘substantial losses’.
The schemes were introduced by former UK Chancellor Gordon Brown in 1997, attracting thousands of wealthy and famous investors looking to reduce their tax bills.
Coutts promoted the schemes as a way of reducing tax but, in 2014, new legislation was introduced, as the UK tax authorities attempted to claw back millions in unpaid tax. The same year, Coutts wrote to clients advising them of a potential HMRC investigation.

In 2015, a number of high profile investors launched legal action against Coutts, as well as Ingenious, HSBC and UBS for directing them towards the investments.

At the time, Coutts explained that they had historically provided tax advice to some clients relating to a number of genuine film financing arrangements. The Bank said relevant risks were prominently highlighted and, where appropriate, they said it was made clear that there was the possibility of a HMRC challenge.
It has been reported that Coutts are expected to fight the latest claim.

As in this particular case, tax is a subject that can often lead to tears before bedtime, if not properly addressed.

It is precisely to avoid confusion and contention in areas of tax and wealth management that Sterling has established the Foresight Strategy. A key element of Foresight is a straightforward and easy-to-follow Tax Health Check, enabling expat and non dom clients to see what their tax liabilities are likely to be – especially in relation to inheritance tax.
The Foresight suite of products is already proving of great help to those of means and their financial advisors. It may be something you may wish to consider to avoid any nasty tax surprises in the years ahead.

To find out more about Foresight and our Tax Health Checks, in the first instance, contact David Johnson on +44 1624 611146 or email david@sterling.im or visit sterling.im/foresight