George Michael Will Woes are more than a Careless Whisper

Home George Michael Will Woes are more than a Careless Whisper 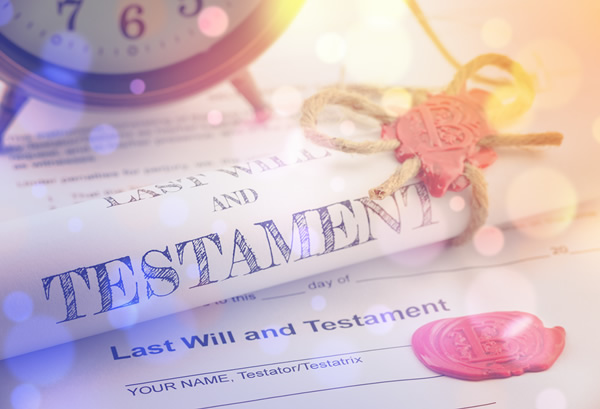 It’s been revealed that the singer George Michael left nothing in his will for his lover Fadi Fawaz.

It appears Mr Fawaz is not in tune with this outcome and is now determined to contest it all the way to the High Court.

A former member of the Wham! duo, George, who died in 2016, is said to have left the bulk of his multi-million pound fortune to his charities, sisters and a couple of housekeepers. Apparently nothing was set aside in the will for any of his former lovers. Dallas art dealer Kenny Goss, who was the singer’s boyfriend from 1996 to 2011, has also contested his exclusion, relating to their Goss-Michael Foundation.

So do Messrs Fawaz and Goss have a case? Under which circumstances is it possible to contest a will? As far as English Law is concerned, grounds for challenging include:

In the UK, the first ground to determine whether a will is valid, is to identify whether the will has been correctly prepared. The first requirement is that the testator (the person making the will) must be aged at least 18 years and it must be executed in accordance with Section 9 of the Wills Act 1837, which states no will is valid unless:

There will only be undue influence if the following statement is answered positively. If the testator were alive would he or she say,

Lack of Knowledge and Approval

If a will has been executed in suspicious circumstances, the court must be satisfied that the testator understood and approved its contents.
For a will to have been executed correctly, the testator will have signed the will in the presence of two witnesses who also signed it. It will be presumed the testator had the necessary testamentary capacity, knowledge and approval.

Exceptions to the presumption of knowledge and approval exist, for which the court will require sufficient evidence to prove the testator understood and approved the content alone. Examples would be if the testator was deaf or dumb, couldn’t write, was paralysed, blind or illiterate or if it was alleged that the will was signed by another person at the direction of the deceased.

It is well-established law that “… an Englishman still remains at liberty at his death to dispose of his own property in whatever way he pleases …”. This may not be to everyone’s liking – but so be it! If it is in accordance with the deceased’s wishes, there’s very little a disappointed beneficiary or claimant can do about it.

If, however, a will does not include the true intentions of the will maker, due to the act of a solicitor who drafted the will, it may be possible to bring a claim for rectification and/or professional negligence. In fact, virtually every case of rectification of a professionally drafted will involves an original negligent act by the draftsman.
Section 20 of the Administration of Justice Act 1982 provides the grounds for rectifying a will, namely:
“If the court is satisfied that a will is so expressed that it fails to carry-out the testator’s intentions, in consequence of a:

it may be ordered that the will should be rectified so as to carry out his intentions”.

An application for rectification must be brought within six months of the date of Probate being issued.

If the true intentions of the testator are not contained within their will, it may be possible to contest it on the grounds of fraud. Fraud is defined in criminal law as being “an intentional deception made for personal gain or to damage another individual”, although it is rarely pleaded when contesting a will.
If it can be proved that a will in its entirety has been forged or the signature of the person allegedly making the will has been forged, then this would make the will invalid.

In the case of George Michael’s will, it will be interesting to see whether there is continuing discord over the coming months – and even years – or whether harmony will be established amongst the warring parties.

At Sterling, we offer a full will writing service, so if you need any help with the preparation of a will, please contact Andy Cowin on +44 1624 611146 or email andy@sterling.im