How to bring the two together?

Home How to bring the two together? 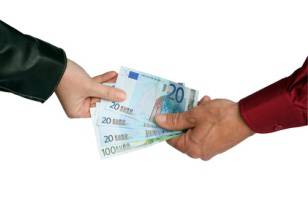 It may come as a surprise to those who imagine that financing companies is a comparatively recent development , but the provision of private equity as a means of investing in and developing potentially high-growth companies is a far from modern phenomenon.

For instance, when young Samuel Whitbread became apprenticed to London’s foremost brewer for £300 in 1742, he may have done so as the youngest son of a wealthy non-conformist family, but when he took it upon himself to branch out on his own, he drew upon his contacts and those of his family to provide what today would be called seed capital.

As he developed his business, Whitbread was content to accommodate a number of equity investors, or sleeping partners, primarily businessmen whose main role was to provide development capital.

Indeed, many eighteenth and nineteenth century investors recognised there was far greater opportunity investing in determined entrepreneurs and their businesses than in most other ventures. The problem was the relative scarcity of decent investments.

When Robert Barclay, Sylvanus Bevan and John Perkins bought Henry Thrale’s brewery in 1781 for £135,000, for example, they raised the funds from fellow Quakers. One grateful investor wrote with her draft of £6,000, “I had rather it lay in your House than in the Stocks, for I may then have it when I please without difficulty…you will give me better interest and it may be convenient to both you and myself.”

Similar levels of written politeness may have disappeared as the availability of investment opportunities has grown exponentially, but many private investors are, nonetheless, always interested in speaking with owners of companies capable of expanding with the assistance of additional working capital.

On the other side of the fence, many small- and mid-sized firms displaying realistic growth potential, preferably in an expanding market, often have a need to attract fresh capital.

How to bring the two together?

The initiative should be taken by the company’s owners, preferably in the form of a business plan. A well-written, comprehensively researched and objective business plan, the draft of which is, ideally, the work of an ambitious management team, is an enormously valuable asset when smaller companies seek finance in return for an equity stake. Ensuring that the finished plan is fine-tuned, accurate and polished is absolutely essential; ordinarily, these finishing touches will be applied by an advisory firm well versed in acting as the go-between for investor and investee.

While ‘business angels’ have long been a source of early-stage funding for smaller firms, usually start-ups, many private investors with sufficient resources tend to invest in enterprises that have moved beyond the early stages of development and will often consider venture capital and buy-out propositions.

Yet while the opportunities available to companies seeking an injection of fresh capital in return for an equity stake are increasingly abundant, two specific events since the turn of the century, the dotcom boom (and subsequent bust) and the credit crunch of 2007-08 ensure that the process employed by private investors before they invest has become significantly more rigorous.

It follows that business owners mulling over the appeal of a private investor capable of supplying the cash with which they may expand their operations must first ask themselves what type of enterprise they’re running.

Companies referred to as ‘lifestyle’ businesses, usually proprietorial operations capable of providing a good standard of living and / or job satisfaction for their owners are not usually suitable for private investors as they’re unlikely to produce sufficiently attractive returns.

Rapidly-growing businesses, on the other hand, which offer the prospect of further significant growth are more likely to catch the eye. There are, of course, a series of riders to attach to this broad summary, but if the team managing the business is determined, ambitious and considered capable of turning their business plan into reality, a private investor (or investors) who share a similar vision to the business’s owners can fast-track it to commercial success.

In fact, companies backed by private investors have a tendency to grow much faster than those that are not, ostensibly because, in addition to injecting capital, most investors offer another priceless asset: experience. The experienced private investor can assist the growing company in a number of ways, not least in his or her ability to offer guidance on matters such as business planning or strategic decision making.

In the first instance, therefore, the enterprising business owner, mindful of the fact that his company operates in a growth sector and boasts a product or service with a competitive edge or USP but requires capital with which to develop his or her operation has very little to lose by speaking with a business service provider with years of commercial experience and a long list of would- be private investors.

Provided the business owner is prepared to consider selling a proportion of shares to an outside investor in return for a cash injection, it could be the most fruitful conversation they ever have.

If you’re interested in discussing the availability of fresh capital with which to develop your business, book an appointment with Sterling Business Solutions today.

Leave a reply Click here to cancel the reply