In any currency – it looks like being quite a ride!

Home In any currency – it looks like being quite a ride! 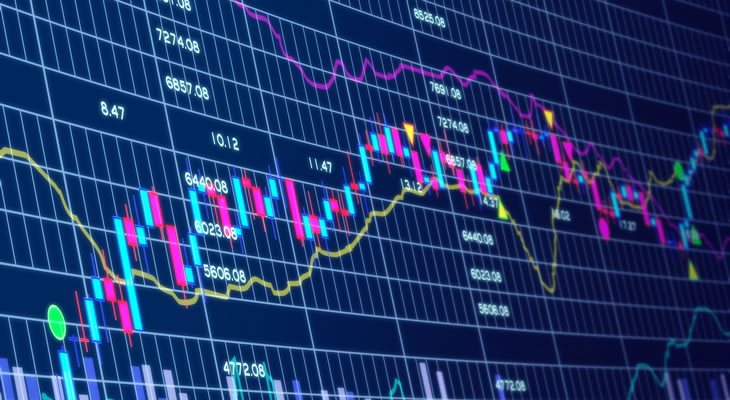 With the dye now cast and Britain voting to withdraw from the European Union, anyone with a vested interest in the currency markets should be at a heightened state of awareness!
A clear fortnight after the historic Brexit decision, just as economists had predicted, sterling has nose dived, tumbling to a 31 year low against the dollar to around $1.30. It has also sunk to its lowest level against the euro since 2013. Some market watchers are talking of sterling falling to $1.15 and that one-to-one GBP/EUR parity cannot be ruled out.

Whilst admitting that weakness in the currency should help UK exporters, the Governor of the Bank of England Mark Carney, has voiced his concerns about sterling’s post-Brexit decline. He warned that the BoE can’t fully offset the volatility triggered by the referendum, but insisted that UK banks were stronger than before the crisis in 2008, confirming that the BoE had £250 billion immediately available to ensure that cash doesn’t run out. A further UK interest rate cut and quantitative easing could be on the cards.

At the same time, almost three quarters of economists recently surveyed by Bloomberg, expect the U.K. to slide into recession. Meanwhile, with the EU pushing for the UK to hurry along with its exit negotiations, Britain is about to elect a new Prime Minister – most likely to be Theresa May – who didn’t actually vote to leave the European Union! Whether the appointment will help stabilise the markets, remains to be seen. So the default position for currency markets, post-Brexit, seems to be volatility with volatility on the side. Whilst sterling continues to slide, the US dollar and even the Japanese yen have strengthened.

Gold, the go-to port in a storm commodity, is now consistently trading at over $1300 an ounce, as investors seek shelter from the on-going uncertainty.
Indeed, Societe General’s Head of Metals Research, Robin Bhar, believes gold will move considerably higher from current levels. “We expect prices to rise to $1,400 an ounce, with follow-through strength extending to the rest of the precious metal sector,” he said.
The spill-over effects of Brexit are also likely to cause a re-think in the US over an interest rate rise. The US Federal Reserve said it was “carefully monitoring developments” in the markets after the referendum vote. According to Simon Derrick, an analyst at BNY Mellon, the likelihood of the Fed introducing a rate hike in the near term is now “pretty much zero.” This represents a shift in policy, as many thought at least one rate increase in the near term was a nailed on certainty. Derrick also believes that one of the greatest safe havens for investors in the post-Brexit world is the Japanese yen. Money is certainly flowing into the currency, which is trading around the ¥100 per U.S dollar mark.

On the other hand, he suggests that investors should avoid the euro currency, which has failed to rally since the Brexit voting outcome. He added that the bigger issue for the euro was the growing euro-sceptic movement in countries like Italy, which saw the continent-wide currency retesting the $1.04 to $1.05 level, from its current $1.11. Short term, there doesn’t appear to be any sign of “things getting back to normal”. Given that it will be at least two years until the UK has completed its exit negotiations with the EU, irrespective of any underlying weakness in the global economy, there is now likely to be a long period of uncertainty – measured in years rather than months.
So why don’t Markets like Uncertainty?

One of the main catalysts for currency movement is profit trading. Investors buy currencies in the hope that they will gain in value, so they can sell them on for profit at a later date. When looking to make a profit, however, the last thing a trader wants is uncertainty. Traders use options such as ‘futures contracts’ to ‘hedge’ against losses by fixing a price upfront; if the market moves against them (i.e. the price of buying the currency in question becomes cheaper) then they have technically lost money thanks to their obligation to buy at the higher price. When currencies are fluctuating wildly, the potential losses are more dramatic. With sterling evidently under the greatest pressure at the moment, it is the currency’s volatility which will be of most concern to traders. As an indicator, measures of GBP/EUR volatility have hit a record high; 1.6% above the previous record of 25% seen during the global financial crisis.

What impact will ‘Brexit’ have on GBP/EUR and GBP/USD Exchange Rates?

Before Brexit, sterling exchange rate forecasters seemed to be more-or-less in agreement. Goldman Sachs and HSBC both predicted as much as a 20% drop for the pound against the dollar, which would take the rate down to the 1985 region of $1.15-$1.20, whilst they reckoned GBP/EUR could drop to €0.90-€0.95. Deutsche Bank announced GBP/USD would hit $1.28 by the end of 2016 and meander down to $1.15 by the end of 2017, with a worst case scenario of a further 10% reduction on those forecasts. And according to UBS, leaving the EU will lead to parity in the GBP/EUR exchange rate, meaning the pound and the euro would be of equal value.
Whilst the bears are also predicting a post-Brexit U.K. recession, others however, see the pound’s decline as a buying opportunity.
“I think it is too early right now to jump into the pound, as the probability for more drama is very high,” cautioned Meritas Advisors founding partner and Cocktail Investing co-author Lenore Hawkins. “I want to see it stabilize a bit, but then yes, I think it will be a good buy. When the dust settles, other nations will likely be quite keen to get trade arrangements with the U.K. worked out quickly and I suspect Brexit will be less of an ‘exit’ and simply more of a push to have more autonomy in decision making.”