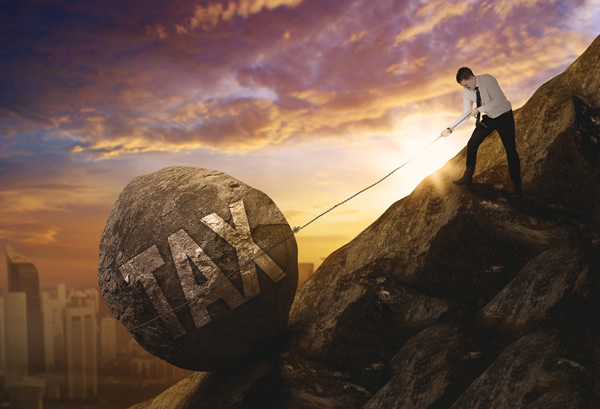 A London property tycoon, who successfully appealed against a £5.5 million tax demand from HMRC, on the basis that he no longer lived in Britain, has now been told he must pay the bill after all.

In a landmark judgment, the original decision to write-off the amount has been overturned by a higher court, which ruled against expat businessman James Glyn and in favour of HMRC. The court also issued a damning indictment of the previously reached verdict.
For expats, the decision is a salient reminder that HMRC are inclined to pursue taxpayers who think they have proved their non-residency – but clearly haven’t – because they still retain strong ties to the UK.

The HMRC’s case against Glyn first went before a First Tier Tax Tribunal in November 2013. At the time, Glyn successfully appealed against an original HMRC decision that he had been a tax resident in the UK during the tax year 2005-06 and, therefore, was liable to pay tax for that period.
The case centered around an income tax assessment against Glyn of around £5.5 million that HMRC claimed he owed. The tax liability arose from Glyn selling his share of the family property business for £29 million.

The First Tribunal was told that he’d kept a house in London where he lived until 2005, at which point he moved to Monaco. During the year in question, even though he had apparently visited London 22 times and stayed in his former home, the lower court decided this was not tantamount to Glyn being classed as resident and so he wasn’t liable for the £5.5 million tax bill.
But HMRC was unhappy with the First Tribunal’s verdict and subsequently appealed the case to the Upper Tax Tribunal – who reversed the lower court’s decision. They concluded that Glyn had, after all, been a UK tax resident in 2005-06.

In the view of The Upper Tribunal, these factors indicated that Glyn hadn’t made a clean break from living in the UK – and never intended doing so – since he’d moved back to the UK five tax years later, in 2010. The judge also pointed out that Glyn had deliberately ‘metered’ his visits, in order not to jeopardise his claim to being a non-resident.
Due to the overturned decision, he is now faced with settling the tax demand in full, as well as paying legal fees and interest on unpaid tax. Whilst the ruling is open to appeal to a higher court, so far Glyn has not indicated whether he will take the matter further.

Even so, this case is yet another example of how important it is to get one’s tax affairs buttoned down. The tenacity of HMRC should never be underestimated, especially if they have any inkling that high net worth tax payers are looking to circumvent the system! In the eyes of the taxman, residency and domicile are treated as two different things. Just because you reside, work or retire abroad – and may have done so for a number of years – it doesn’t automatically absolve you of any past or present UK tax liability.

The question all expats need to ask of themselves and, indeed of their advisors, is this: “Am I confident that my residence and domicile is compatible with my perceived tax position.”
If you have any doubts or queries about your current tax status, Sterling Trust is here to help. Wherever you live in the world, if you are a UK expat, we can provide you with all the practical steps you need to take, to ensure you are fully compliant with any tax jurisdiction where you currently or previously have lived and worked.

Further information about our range of services is available on our website or, alternatively, call us on 01624 611146 or Andy Cowin in the first instance at andy@sterling.im