Now it’s Trump’s Game – what Cards will he Play?

Home Now it’s Trump’s Game – what Cards will he Play? 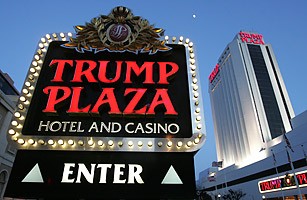 Well, the unthinkable has happened. The world has been turned on its head. Whatever next!

In the space of the last 18 months, despite the pollsters resolutely indicating otherwise, we’ve had Cameron’s Conservatives winning the UK election, Britain voting for Brexit and now – to “trump” even those two unexpected outcomes – a New York property mogul and celebrity TV personality has just been voted President of the United States.

Did you know, at the start of the primaries a year or so ago, you could have got odds of 150-1 on Donald J Trump making it all the way to the White House! Yet, he saw off all his Republican rivals and finally, “crooked Hillary”, to become the most powerful and influential Head of State in the world. And even though his Democratic opponent polled more total votes, the way the US Electoral College system works meant that he swept the board where it really mattered. Is this how true democracy should work?

On reflection, you could say Americans chose the least unpopular of two flawed candidates, bringing to an end the Bush/Clinton dynasties. What can’t be denied is that the whole selection was an unprecedented mixture of the surreal and sensational.

And to add a further bizarre twist to the tale, listen to this. We now have a story doing the rounds that Donald Trump may actually have Manx ancestry! The spurious link is through his late mother. Although she was born in the Isle of Lewis in the Scottish Hebrides, her maiden name was McLeod and the McLeods of Lewis have long claimed lineal descent from the Norse kings of the Isle of Man. So there you have it. The Donald is a Manxman all along!

Whether he ever stakes a claim to a seat in the Manx Parliament (the 1000 year old Tynwald) remains to be seen.

In the meantime, however, should we rejoice or hold our heads in despair at Trump’s forthcoming inauguration? Well, if you believe some of the predictions and commentary up to this point, then within five minutes of Donald taking office, he’ll be nuking the North Koreans or some other nation he’s taken a dislike to.

What’s more, we’re warned that if he’s not being handy with the nuclear button, the United States will start to retreat inside itself, dissolve NATO and let Western Europe defend itself against the Russians and anyone else who might choose to invade.

As for climate control, Trump is scathing about global warming and believes the whole thing is a hoax. He has promised to re-instate the run-down US coal industry and withdraw from the comprehensive Paris agreement on tackling climate change, which world leaders have pretty much universally approved. The US has already ratified the agreement and, only this week, the UK Government gave its official backing.

Trump has also controversially spoken about banning certain sections of society from entering the US, building walls to keep out migrant Mexicans and, in ways that could arguably have a great effect on world trade and economics, ripping up trade agreements which he says are heavily stacked against American interests.

So can we be safe with someone who is, allegedly so outspoken, so unstable and so reactionary? Before we look any further in to this, it is worth pointing out that millions of Americans don’t see him as some wild whacko about to start World War 3. They voted for him in the belief that he’ll be good for the US. If he is, then the question is, will this impact favourably on the rest of us?

In the days that have followed this tumultuous election and the world has had a chance to take stock of what a Trump Presidency will look like, already it sounds as though the man himself may be stepping back from some of his most outlandish campaign rhetoric.

He’s since conceded that he would keep intact parts of the reviled Obamacare system. Even one of the central themes of his campaign – to build a Wall the length of the southern border of the US – sounds as though even that could, in places, be downgraded to a high fence! President Obama has also re-iterated in recent days that Trump won’t turn his back on NATO either.

At the same time, much of what the man has said in respect of world trade and economics – and this is arguably one of the most business-focused American Presidents the world has ever seen – could be taken as welcome news.

Although there is little detail to work from at this stage, the fact that Donald Trump has repeatedly said he wants a simplified tax system and an end to excessive regulations, that he is an advocate of lower, sensible taxes, could all be a pointer towards less stringent tax reporting.

Let’s not forget that Donald Trump takes the view that smart businessmen think only idiots pay tax. So the well-documented revelation that he allegedly hasn’t paid federal taxes for 18 years will come as no surprise to many!

If , as appears to be the case, he is serious about lowering tax, then the likelihood is that he will substantially cut US corporation taxes. Lower taxes, however, could result in higher inflation. This could well lead to higher interest rates in the US and, if this is the course of action taken by the Fed, it will almost inevitably lead to rate hikes on this side of Pond.

It would be a brave man who would bet on UK base rates being at the same level in 12 months’ time, as they currently are.

So what will a Trump Presidency mean for the controversial US Foreign Account Tax Compliance (FATCA), which requires financial institutions to pass on details of overseas assets held by US citizens and the sharing of information? Well, the Republicans have said they want FATCA repealed, even though around $10 billion has been already paid in voluntary compliance efforts since its inception.

FATCA regulations also introduced the concept of government to government reporting under intergovernmental agreements (IGAs). Will these agreements prevail?
Will Trump start messing around with the whole OECD base erosion and profit shifting process (BEPS)? Originally developed by the OECD and G20, more than 80 countries worldwide have signed up to the project, which is designed to tackle tax avoidance schemes by shifting profits to low or no-tax jurisdictions.

And will Trump sign up to OECD automatic information exchange or will they be opposed to country-by-country reporting?
The Common Reporting Standard (CRS), an OECD/G8/G20 initiative agreed in 2014, is due to come into effect in September 2017. So far, more than 60 countries have agreed to the annual cross border exchange of information on financial accounts. Whilst different to FATCA, it does share similarities, so it will also be interesting to see how this plays out, once Trump has his feet under the desk in the Oval Office.

Some would say many of these initiatives, which are intertwined in a number of ways, have built up too much traction and support to be scrapped, even if the Americans start taking more unilateral decisions. We shall see. It is early days.

Meanwhile, Mr Trump won’t actually be sworn in until January 20th 2017. Between now and then, at the very least, all we can do is speculate as to what this charismatic individual will do. Until now, he’s been a non-politician, but he’s suddenly taking centre political stage. Whether he serves a single four year term or comes back for a second sitting-the decisions he takes during the next few years will most likely determine that.

When the time comes to write his epitaph, just as now, Donald Trump is sure to split opinion. He may well be vilified as the worst US president in history or hailed as the greatest that’s ever lived.
Either way, the world is watching.