Human nature being what it is ….

Home Human nature being what it is …. 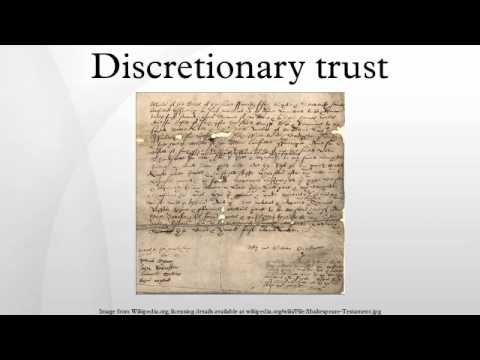 The annals of history and literature are heavily laden with examples of people, from ne’er-do-wells to knaves, cads to bankrupts, who married for money. Most of Jane Austen’s heroines considered marriage a financial necessity, while few of Europe’s ‘grandest’ families have ever been averse to arranging marriage unions underpinned primarily by financial considerations.

In New York in 1895, for example, the cash-strapped Duke of Marlborough married Consuelo Vanderbilt, daughter of US billionaire Willie Vanderbilt, in order that he could preserve the family seat at Blenheim Palace. Consuelo’s dowry was the equivalent of £100 million in today’s money.

The marriage was particularly unhappy. Consuelo was horrified when, on her honeymoon, the duke told her that he never wanted to marry her. He was in love with someone else, but needed Consuelo’s fortune to keep Blenheim going. Consuelo did her duty and produced two sons, ‘an heir and a spare’, but the couple began to live apart as soon as they decently could. They were eventually divorced in 1921.

Human nature being what it is, such practices have extended beyond the desperate need of impoverished European nobles to charm American heiresses and walk them down the aisle. Today’s charmers are just as ruthless in their pursuit of other people’s money, but perhaps even more worrying is their incidence: in short, there are significantly more of them.

Families who have worked hard and, invariably, made sacrifices as they’ve built a business or acquired other assets, perhaps over a period of several decades, can find themselves deliberately targeted by freeloaders seeking a more comfortable life by gaining a free pass to access the family’s accumulated wealth.

It is not unknown for unscrupulous suitors who, upon discovering that the person they’re dating is a member of a wealthy family, to switch their charm dial into overdrive, not necessarily to win over a young woman’s affection, but with the aim of wheedling his way into the family business – without doing the hard work, of course.

Such scenarios are the stuff of parental nightmares, yet with some straight forward advance planning, they’re entirely preventable.

Creating a discretionary trust, for instance, ensures that a family’s wealth, which might be partly wrapped up in a successful business, is passed on to the business owner’s children and / or another preferred beneficiary, such as a son-in-law or daughter-in law, rather than a rogue gold-digger.

Such trusts have long been used as an effective means of protecting and enhancing a family’s wealth, ultimately facilitating the safe and efficient transfer of that wealth to the chosen beneficiaries. They’re a fool-proof method of preventing scoundrels from staking an unwanted claim over family assets.

Discretionary trusts are administered by trustees who become the appointed legal owners of the assets transferred into the trust. Their obligation is to administer the trust and its assets in accordance with the terms of the trust deed and prevailing law.

Yet, though the trustees are the legal owners of the trust’s assets, they have no beneficial interest in them. Instead, they must ensure that the assets are used only for the benefit of the trust’s beneficiaries. They may only receive agreed trustee fees and are forbidden from making a profit for themselves out of the assets.

“Trusts first appeared in medieval times and while they’ve changed a little over the intervening centuries, their purpose remains unchanged,” says David Johnson, managing director of Sterling Trust Limited, which specialises in executing trusts and their near-cousins, foundations, “primarily because the need to protect assets is a universal requirement.

“The discretionary trust enables senior family members to allay any concerns they may have that a gold-digger can suddenly appear on the scene and gain access to the family’s assets.”

Foundations too offer protection, but of a different sort.

These are used as vehicles for managing family wealth, in a similar manner to a common law trust; there are also foundations that hold companies or acquire businesses and operate much like a corporation, replete with a board and management committee.

Foundations are structures often described as a hybrid combination of a trust and a company. These characteristics allow them to offer the asset protection features more readily associated with a trust, yet they’re structured to operate in similar fashion to a company, being independent and with their own legal identity.

This independence is viewed as one of their most attractive features. A foundation’s council, for instance, operates in similar manner to a company’s board of directors and because it is genuinely independent, there is less likelihood of a foundation having to contend with conflicts of interest.

Moreover, because foundations are established with the express intention of operating in a manner similar to a corporate body, usually to specifically manage the founder’s assets according to his or her wishes, there is considerably less ambiguity regarding the provision of assets to the foundation’s beneficiaries.

The prevalence of knaves capable of frittering away hard-earned family wealth has increased markedly over the past half century and families who would prefer not to fall victim to such individuals should seriously consider the benefits of trusts and foundations as a means of protecting their wealth for the long term.